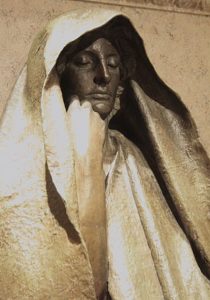 In the United States, Veterans Day is observed every November 11 and honors all veterans, past and present. It is distinct from Memorial Day, which traces its origins to the American Civil War and commemorates those killed in conflict.

The first Veterans Day was observed in 1954, and came about after extensive lobbying on the part of World War II veterans for a more inclusive commemoration. Before then,
however, the United States, along with other Allied nations reserved November 11 for “Armistice Day.” Armistice Day, which would later overlap with Remembrance Day in Europe, was first observed in the US on November 11, 1919. Promulgated by President Woodrow Wilson, it marked the anniversary of the armistice that concluded the World War a year earlier. America’s involvement in the conflict was brief, but transformational and traumatic. Over the course of eighteen months between April 1917 and November 1918, American society mobilized on an unprecedented scale, heralding the age of “total war.” Four million men would be conscripted into the military. Two million would eventually serve overseas in France. World-wide, some eighteen million people were killed during the four and half year conflict, a number that included 117,000 US servicemen. Roughly half of the Americans who died perished from disease, especially the dreaded Spanish Influenza. The remaining, some 53,000, were killed on the battlefield. Of those, nearly 26,000 died during the six-week Meuse-Argonne Campaign, alone. Part of the final offensive against the Germans that commenced in September of 1918, the operation encompassed more than 1 million American soldiers and to this day remains the largest and bloodiest military undertaking in American history. While the number of total American dead is dwarfed by the casualties of other conflicts such as the Civil War (750,000) or WWII (417,000), the vast majority of all losses suffered in WWI occurred within a six-month period. In twenty-four weeks of combat, the United States lost nearly as many killed as it did during the entire eight years of the war in Vietnam.

The common poppy has become synonymous with remembering the dead of WWI in Europe, particularly in the United Kingdom. In America, however, the red flower largely lost its meaning in this regard after the adoption of the more general Veterans Day. Its origins as a symbol of remembrance of the dead stem not from its color – which is sometimes mistaken as representative of blood – but from its ubiquity on the Western Front. Massive and sustained artillery bombardments turned the area into a lunar landscape devoid of vegetation, and the perpetual churning of the land increased the lime content of the topsoil to the point that little would grow in the short term. The exception was the field poppy, its vivid orange-red a stark contrast to the brown and lifeless cratered mudscape, and its presence was particularly noted on freshly dug graves. It was this sight that inspired the Canadian soldier John McCrae to write his famous poem “In Flanders Fields” in 1915 after visiting the grave of his friend who had been killed during the Second Battle of Ypres:
In Flanders fields the poppies blow
Between the crosses, row on row,
That mark our place; and in the sky
The larks, still bravely singing, fly
Scarce heard amid the guns below.
We are the Dead. Short days ago
We lived, felt dawn, saw sunset glow,
Loved and were loved, and now we lie
In Flanders fields.
Take up our quarrel with the foe:
To you from failing hands we throw
The torch; be yours to hold it high.
If ye break faith with us who die
We shall not sleep, though poppies grow
In Flanders fields.

McCrae – who died in 1918 from pneumonia – received widespread praise for his poem. It was an American, however, who ensured that the poppy would forever be tied with the dead of WWI, at least in France, Britain and the Commonwealth nations and, for a time, the United States. Moina BelleMichael was a professor at the University of Georgia when American entered the war in 1917. Taking a leave of absence, she volunteered with the YMCA in New York, training volunteers for overseas work. Inspired by McCrae’s “In Flanders Field,” she penned “We Shall Keep the Faith” in 1918:
Oh! you who sleep in Flanders Fields,
Sleep sweet – to rise anew!
We caught the torch you threw
And holding high, we keep the Faith
With All who died.
We cherish, too, the poppy red
That grows on fields where valor led;
It seems to signal to the skies
That blood of heroes never dies,
But lends a lustre to the red
Of the flower that blooms above the dead
In Flanders Fields.
And now the Torch and Poppy Red
We wear in honor of our dead.
Fear not that ye have died for naught;
We’ll teach the lesson that ye wrought
In Flanders Fields.

Michael afterwards vowed to always wear a silk poppy in remembrance of those lost. Shortly thereafter, she struck upon the idea of selling them to the public in order raise money for disabled veterans. The idea was popular, and the “remembrance poppy” took hold in both America and Europe. In 2011, Corporal Frank Buckles, the last American WWI veteran, died at the age age of 110. With his passing the Great War moved from memory to history. We can longer directly ask the doughboys questions we might want to know: what motivated you to serve? How do you feel about your experience? How did it affect you, personally? What we are left with are veterans’ oral histories, memoirs, diaries, and letters as indirect links to that bygone era. Though Armistice Day is no longer commemorated as a separate holiday in America, as we near the centennial of the end of a conflict that saw American forces mobilized and killed on levels not seen before, it is perhaps fitting to reflect on the war one more time – about those who fought it, what they believed they were fighting for, and how it transformed the country – before it, too, like the last veteran, permanently fades from American historical consciousness.