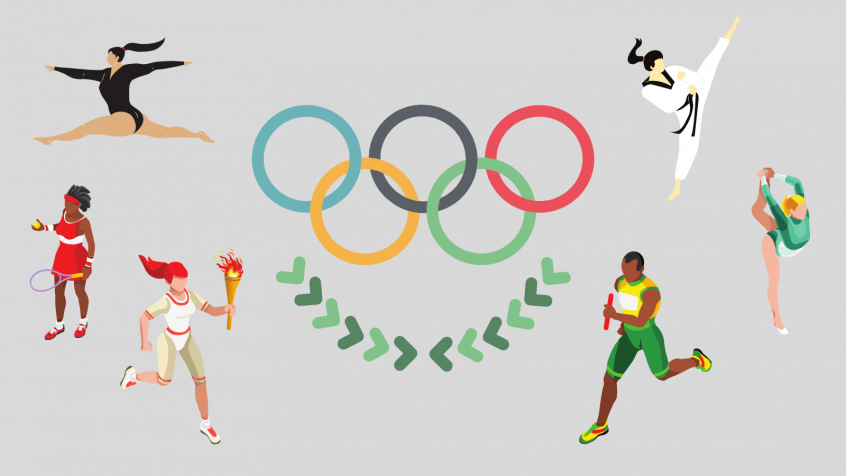 The Olympics are an exciting time for individuals all over the world as we root for our country’s competitors and admire the talent of peoples from across the globe. This year, while we enjoy our usual Summer Olympic favorites such as gymnastics and swimming, we also have a few new sports to enjoy. Skateboarding, sports climbing (or “rock climbing”), surfing and karate are all making their Olympic debut in Tokyo this year.

But perhaps what is most fascinating about the Olympics, whether it be summer or winter, is its incredible ability to bring people together. It may be easy to see the Olympics as the opposite—after all, we are all competing to see whose country will come out on top. But the Olympics is more than medals. It’s one rare occurrence in today’s world where people can put aside politics, religion, and differences in culture to take part in one universal language—sports. To kick off the Olympics, contestants present their nation’s flag and everyone applauds, despite whether they are from that country. We show respect for all the hard work that these athletes put in to be a part of the Olympics, regardless of borders.

From an early age, we learn that sports are an international language, even if we don’t realize it. Just think, kids from all different backgrounds can come together to play a game of kickball on the playground. It can create a sense of comradery and teach important life skills and universal lessons without a single word being spoken. Sports is a language that can bridge the gaps of nations, ethnicities, culture and religions.

Sports is even able to bring people together who may not speak the same language. Just think of how many languages are spoken at the Olympic games! Here in America (unlike most countries in the world) we are not taught a second language when we are children. As adults we may express interest in learning a second language; maybe you want to explore your family history, maybe you want to travel abroad, or maybe you just want to grow as an individual. Regardless of the reason, it can feel overwhelming and intimidating. How are you supposed to know where to begin?

Well, if you’re a Scott County Public Library patron, we’ve got great news! Mango Languages is a fantastic resource that can be accessed through our website. On Mango language you can learn and explore more than 70 languages! The best part? It’s free! So what are you waiting for? Start learning today and impress your family and friends with your newfound knowledge while watching the Summer Olympics this summer!