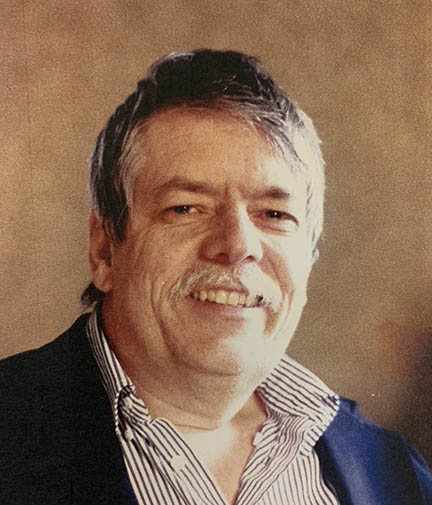 While Jerry Richardson was a man of few words, sometimes words were insufficient or imprecise to capture the subtlety of his emotions. For these exact occasions, art took center stage for Jerry. He had limited coordination in his hands due to polio as a child, so he did not show any inclination towards art until he was about 55 years old. It was not until computer paint programs came along that Jerry began to channel his inner artist and to communicate the feelings inside of himself.

According to his wife Kelsey Koiwopa, "Jerry's art is abstract and intuitive. There is no deep complex message that he set out to convey. his work is simply his emotions expressed in line and color. If you asked him what a painting meant he could instantly create a deep and lengthy explanation that sounded very impressive. The truth is there is nothing to explain...all there is to do is to feel."